Professor Dr. Kusuma Snidvongs is a professor emeritus of Security and International Studies, Faculty of Political Science, Chulalongkorn University. She is a daughter of M.L. Ter Snidvongs, a medical doctor who received the Princess Srinagarindra Award to study medicine in America and who then returned to practice rural medicine at Ubon Ratchathani Provincial Hospital. He held important roles in several other provincial hospitals, and also served as the Chief Director of Lerdsin Hospital. Professor Kusuma had heard from her father about the shortage of physicians and public health services in rural areas of Thailand and was always interested in finding a solution to this problem.


In 1980 while visiting one of her relatives, M.L. Birabhongse Kasemsri, who was then the Ambassador of Thailand to Japan, Professor Kusuma met Professor Dr. Jason Roussos who was teaching philosophy at Sofia University in Tokyo. They developed friendly relations and upon his death, Professor Kusuma suggested that moneys from his estate be used to start a scholarship program in Thailand for medical doctors committed to rural practice.

Dr. Jason Roussos was born in Greece, studied Physics at Brandeis University in Massachusetts and received Doctor of Philosophy from Oxford University. Professor Dr. Jason Roussos’s family had very close relationships with King Mongkut Rama the sixth of Thailand. Professor Dr. Roussos taught Philosophy in Japan and also was a visiting professor at Thammasart and many other universities in Thailand. In 1988, he was honored the Companion( Fourth class) of the Most Noble Order of The Crown of Thailand, Royal decoration, on June 7, 1988 by His Majesty King Bhumibol Rama the ninth.
1 / 3 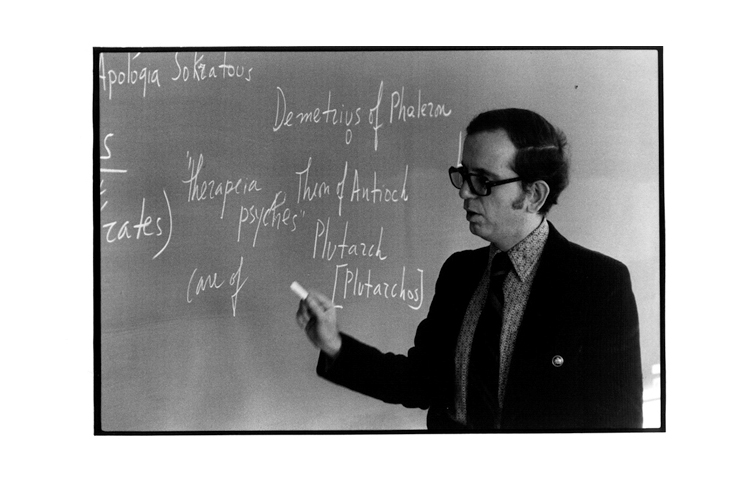 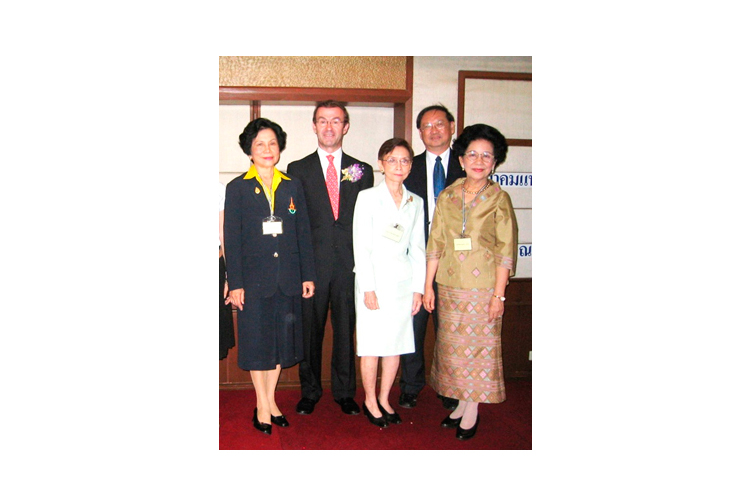 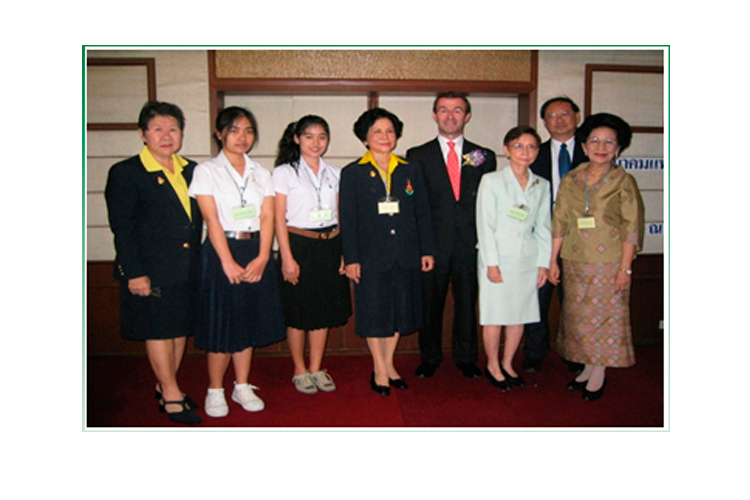 Professor Roussos had a deep love and attachment for Thailand. He had developed this feeling from several teaching assignments at Thai universities, his close associations over the years with many Thai friends, and his profound respect for the royal activities of H.M. King Rama IX. In 2005 at the suggestion of Professor Kusuma, George Curuby, a close friend of Professor Roussos and the administrator of his estate, contributed 5 million Baht to Dr. Suwanee Raktham, who was then the President of the TMWA, in order to provide scholarships to young women in rural areas who had the potential to become physicians but who lacked the financial ability. Since then, many generous donors have continued to contribute, leading to a significant expansion of the TMWA Scholarship Program for Female Medical Students.


Together with this initial funding, the estate of Professor Roussos contributed a total of 100,000 USD, representing 11 scholarships. Since then, George Curuby with his wife, Tomoko Kanno, many Thai business leaders and doctor members of the TMWA, as well as other overseas donors have also made major contributions. Since 2012, the Stone Family Foundation has made annual donations through the Thai Physicians Association of America (TPAA), totalling 16,291,507 Baht for 33 students. In 2013, the Mother Li Gim Giew Foundation of TOA Paint (Thailand) PCL gave 8 scholarships and in 2019 committed to another 10 scholarships--for a cumulative amount of 8,460,000 Baht for 18 students. A large number of Thai people such as doctor members of the TWMA members and other Thai supporters have also made generous contributions to this scholarship program.

This joint effort between friends in Thailand and overseas, which was born from their love and appreciation for Thailand, has grown over the past 15 years through the dedication of the TMWA members, and this scholarship program is making a major contribution to improving public health care delivery in remote areas of Thailand.


The TMWA Scholarship for Female Medical Students is a monetary grant that does not require repayment– however recipients are expected to make a wholehearted promise that they will commit themselves to practicing medicine in their rural hometowns or any other regional area in Thailand.