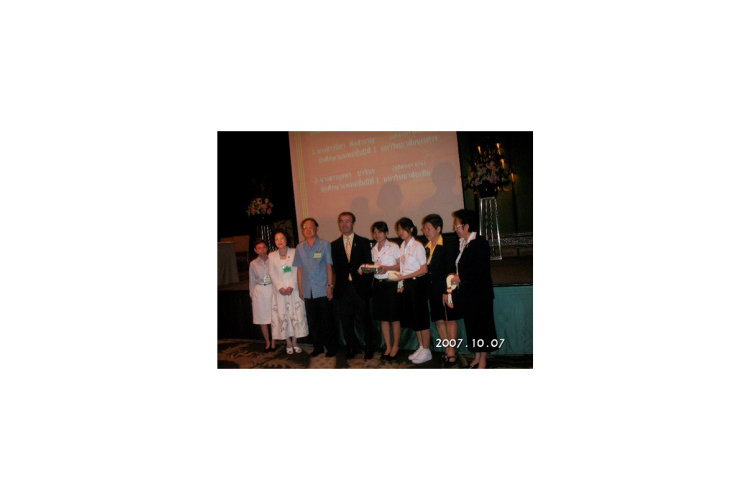 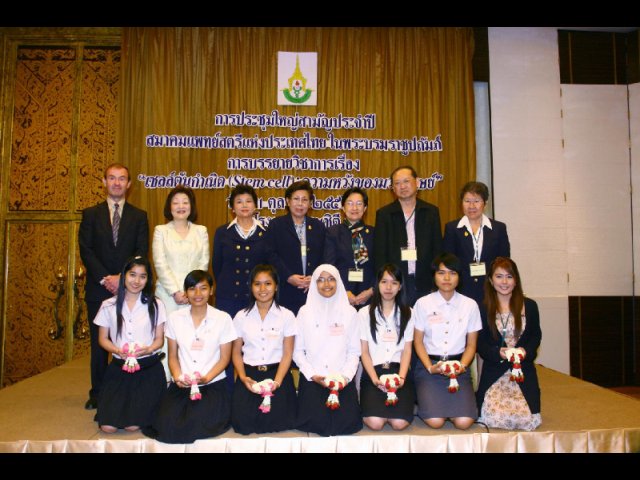 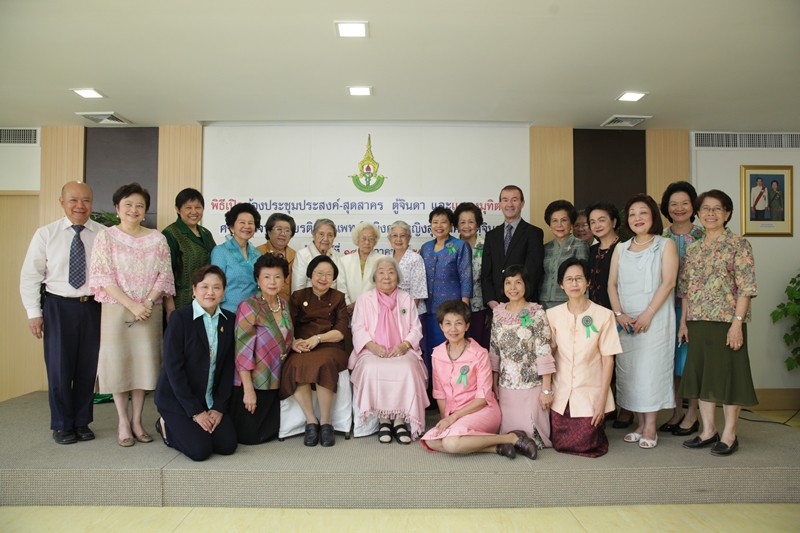 The catastrophic damage caused by the 2004 Tsunami highlighted the critical shortage of medical resources in the southwestern region of Thailand. In response to this disaster, the directors of the TMWA developed a vision for a scholarship program funded by the initial donation from Prof. Dr. Roussos in 2005. At the first stage, through close coordination with the Ministry of Public Health, the TWMA identified female medical students whose families had suffered from the disaster. Next, as a corporate social responsibility (CSR) mission, the TMWA decided to address the structural shortage of medical doctors in rural areas and began awarding scholarships annually. Since the program's inception, 105 scholarships have been granted, 32 graduates are practicing medicine in their hometowns, 71 students are studying in 14 universities, and only 2 students have chosen to leave the program and transfer to other academic studies. As of October 2019, the cumulative number of scholars is 103, as is shown in the figures below. 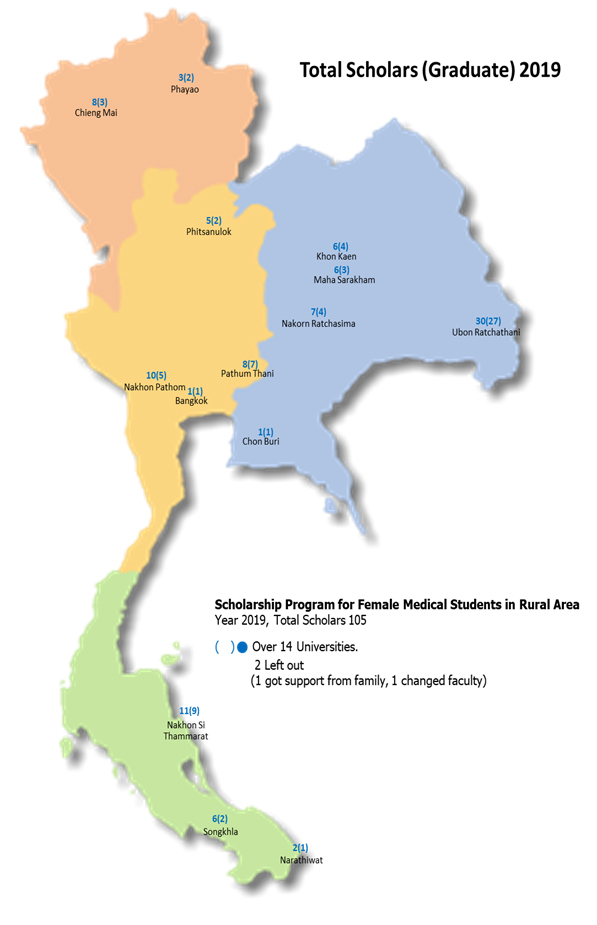 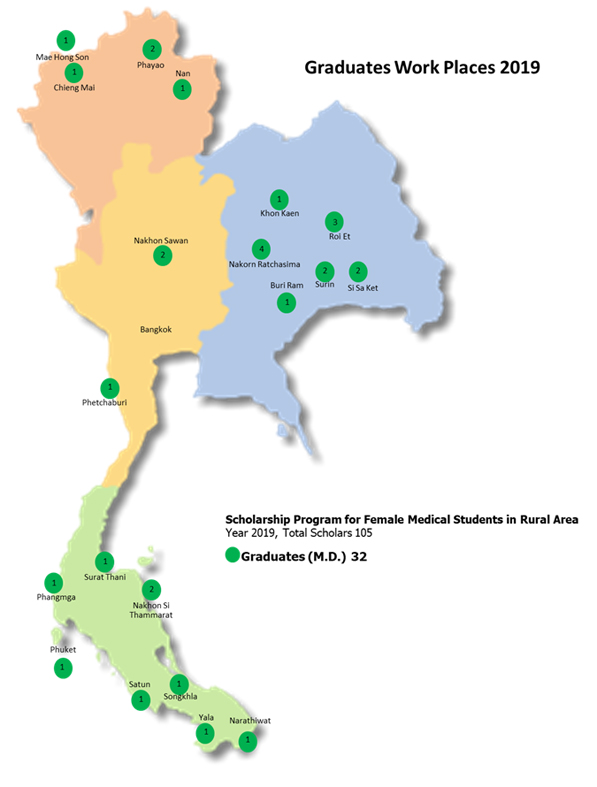 The TMWA scholarship program is based on the philosophy and objective that the scholar recipients will continue practicing medicine in their rural hometowns or in other remote areas of Thailand. It has contributed to a wide distribution of doctors throughout the country. Although the Royal Thai Government has expanded the number of educational facilities for medical studies nationwide and has established additional medical units in various regions, most recent medical school graduates continue to migrate to jobs in major cities after completing their 3 years of compulsory rural practice. As a result, the ratio of physicians to the general population in Bangkok is 1:867 while in the Northeastern region it is 1:7,015.

Scholarship recipients who have completed their six years of medical training are allowed to further their education in a chosen field of specialty, after which they are expected to pursue careers in the rural area of their choice.
Scholarship applications and the student selection process take place each year. Awards are made at the TMWA general meeting in October. As the initial step, the TMWA receives the names of interested female medical school applicants through the Praboromarajchanok Institute of Health Workforce Development (under MOPH) and through contact with the admissions offices of Thailand's 14 medical schools. Applicants can also directly contact the TMWA. The scholarship covers tuition fees and monthly living expenses throughout the 6-year course of study. In cases where existing medical students need financial aid during their course of study, the TMWA will also consider providing them with assistance.
The number of scholarships available annually depends on the amount of donor contributions that year, and it generally ranges from 2 to 5 scholarships. However, in some years, such as 2013 and 2019, more than 10 scholarships were available thanks to donations from major sponsors such as the Stone Family Foundation and the Mother Li Gim Giew Foundation of TOA Paint (Thailand) PCL.


The program's success is based on the vision and continued support of the selection committee and the program founders, including Dr. Suwanee Raktham, President of the TMWA at the time of the program's establishment. The 15 years of subsequent growth has been made possible by the efforts of subsequent TMWA presidents and scholarship committee members, including Prof. Emeritus Dr. Khun Nanta Maranetra M.D., Assoc. Prof. Dr. Orapin Singhadej M.D., Jantra Chennavasin M.D., Clin. Prof. Siraporn Sawasdivorn M.D., and Pattariya Jarurat M.D.

Since its inception, this scholarship program has received outstanding assistance from the Collaborative Project to Increase Production of Rural Doctors (CPIRD) of MOPH in identifying needy applicants from regional areas of Thailand.